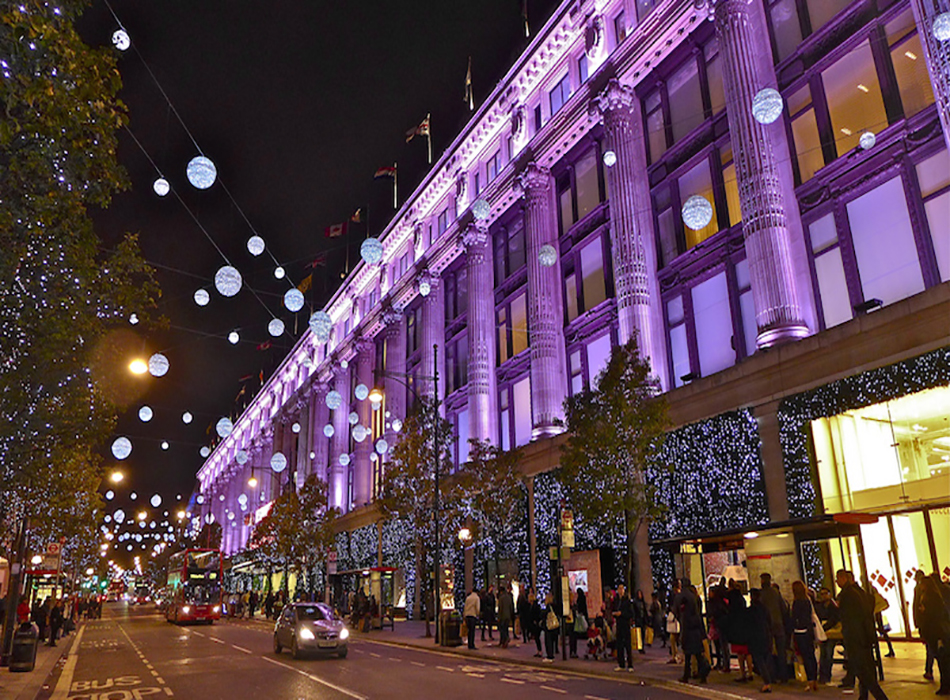 Oxford Street launched a global call for the redesign of its world famous and universally loved Christmas lights.

Oxford Street and the Royal Institute of British Architects (RIBA) launched an open call experienced lighting designers and architectural specialists from the UK and beyond to enter a global competition to design the most inspiring and innovative Christmas lights.

The competition was led by New West End Company, in conjunction with Transport for London (TfL) and Westminster City Council. An esteemed, innovative panel was selected to judge the competition. The world class judging panel included:

The judging panel met to select four shortlisted designers to progress to the final round and be given the opportunity to develop their designs and present to the panel.

Gia Equation with Peter Fink Studio, Harry Dobbs Design & Eckersley O’Callaghan were selected as the winners of the competition.

The other shortlisted entries were: