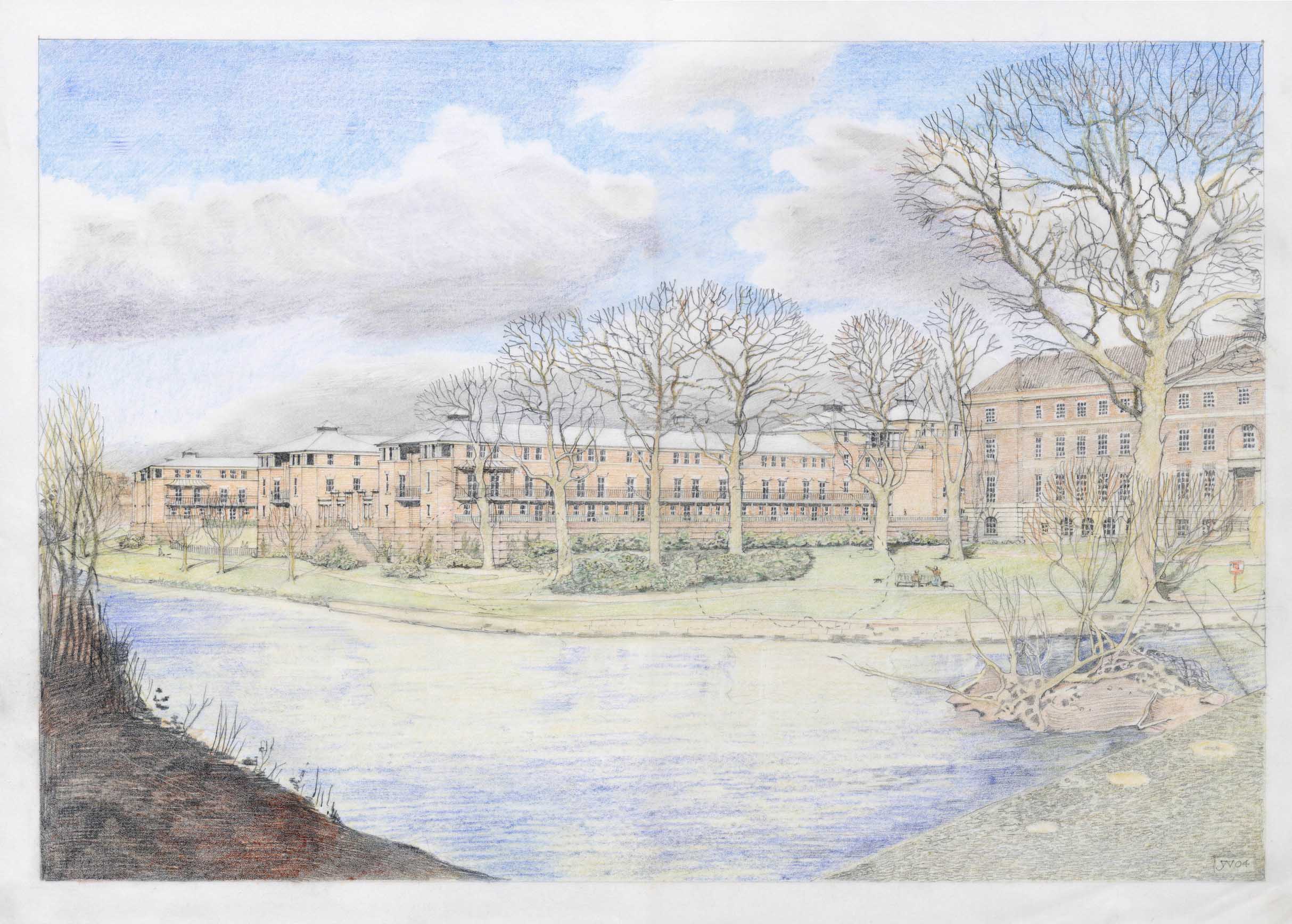 The Gay Meadow (now known as Severn Meadow)formerly the site of Shrewsbury Town Football Club since the turn of the 20th century, became available when the football club relocated to a new out of town stadium. The site was acquired by developers and Arrol and Snell Ltd. obtained Planning Permission for a development of town houses, apartments and an element of social housing, providing 179 residential units. The scheme has been developed around open sided squares in the form of crescents and terraces and is constrained on one side by the River Severn and by the railway on another. The communal gardens in the squares are designed to provide floodwater alleviation in storm conditions. The scheme is currently on site. Ground works have been carried out to raise the ground floor of the dwellings above the 100 year flood level creating a series of platforms for the development to sit on.