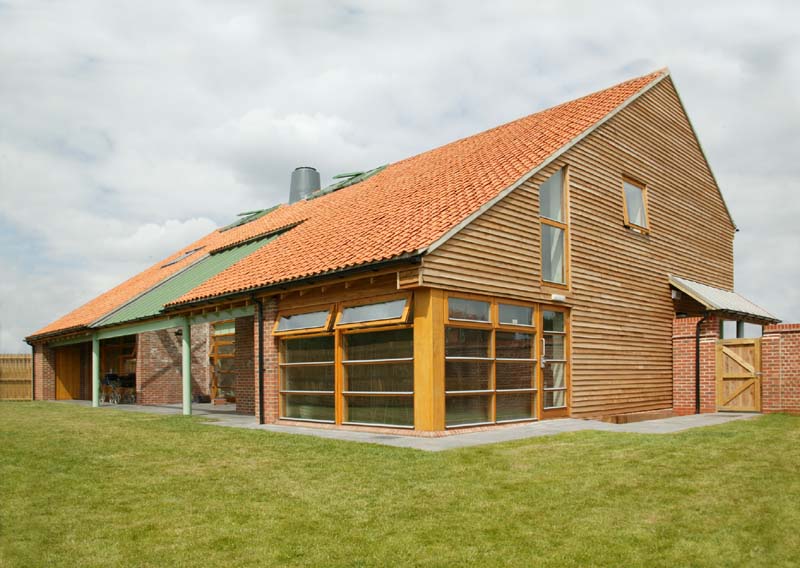 A new build nursery in the village of Stallingborough near Grimsby. The practice were appointed by competitive interview in Autumn 2002. The nursery is a two storey timber clad structure with a sweeping tiled roof. The scheme draws on the vernacular structures, but treated in a contemporary manner. Included within the scheme is a skycone, a viewing structure of the sky, which pierces the ridgeline. The project has received overwhelming praise from users, visitors and naerby residents. It was the result of a successful collaboration between client, architect and contractor.