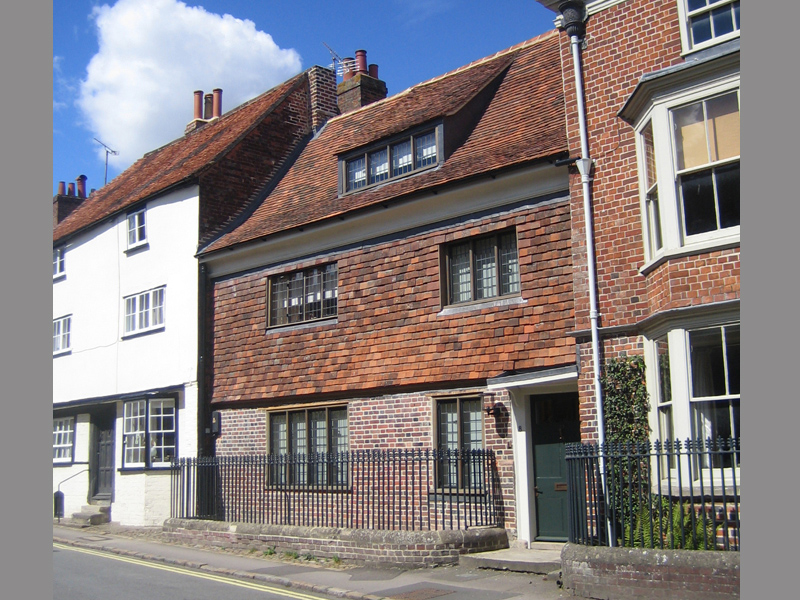 The existing Grade II listed cottage, dating back to the late 17 century, had been poorly altered and extended in the 1970's. The client's brief was to return the original parts back to something of their former character but also to create contemporary interior spaces. The conservation officer was persuaded to allow a certain amount of fabric to be removed at the attic floor level to create a central lightwell and staircase to rise through the building with a new glazed lantern at the top. This brings what was remaining of the original oak frame into view with the new oak stair intertwining between it's posts and beams. The original oak roof structure was stripped back completely and repaired as necessary before new insulation and roof coverings were put back. The original street frontage was restored, including the repair of the only surviving iron casement and leaded light window and replacement bronze casements for those that had been altered in the 1970's refurbishment. The more recently added rooms at the rear of the house were also refurbished with new, contemporary sliding glass doors opening onto the walled garden, which was also restored.