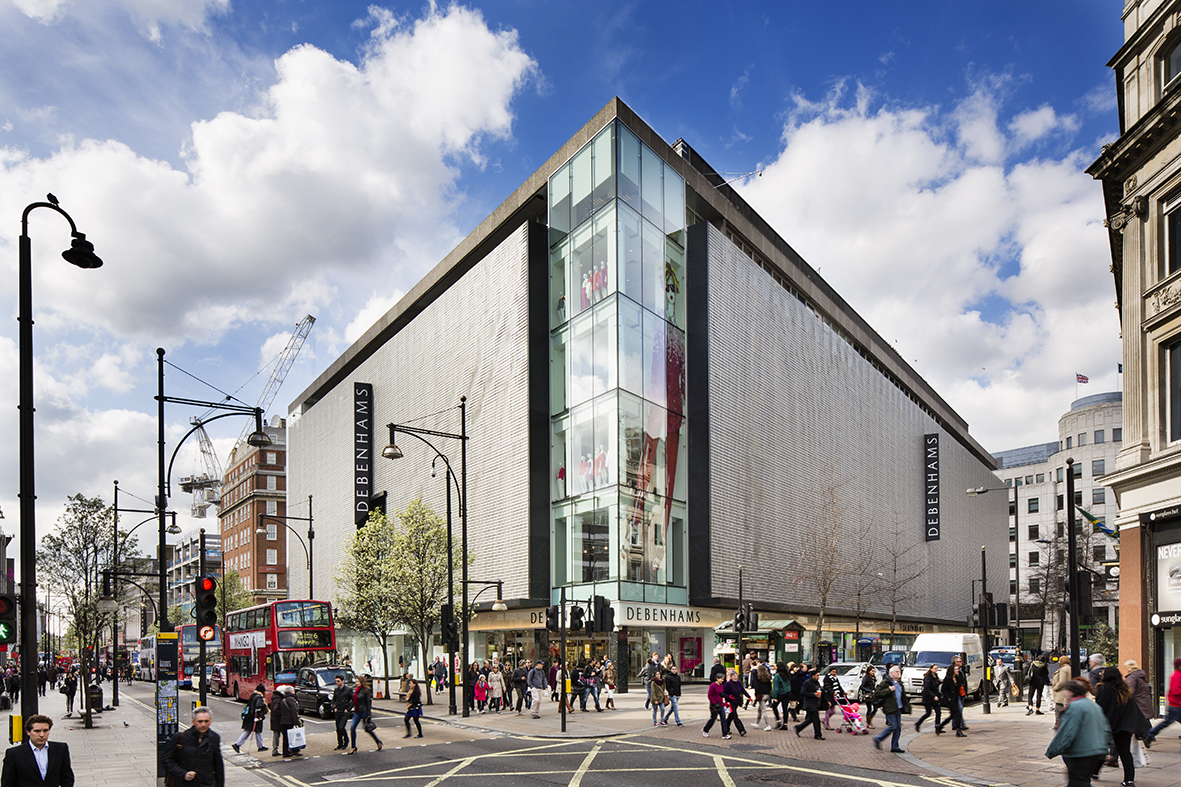 Occupying a prime position on one of the busiest shopping streets in the world, this is the first time in the property’s 41 year history that its exterior has been altered. The department store has been revitalised using an innovative over-cladding system. NORR worked with world renowned artist and sculptor Ned Kahn to create a captivating interactive façade in keeping with the site’s prominent location next to the upgraded Bond Street underground and Crossrail station. The design showcases a new approach to public art by incorporating it within the fabric of the building itself. The ‘Kinetic Façade’ is a first Ned Kahn concept for the UK. The building’s façade appears to ripple fluidly as the wind activates thousands of suspended aluminium panels. As it responds to the ever-changing patterns of the wind, the façade creates a direct interface between the built and natural environments. The store continued trading throughout the works, which also included the installation of two full height glass towers at each principle Oxford St corner, and the removal of the existing canopy to increase the height of the shop-front glazing. The effect simultaneously enhanced the shopping experience and the presence of the building in the streetscape. 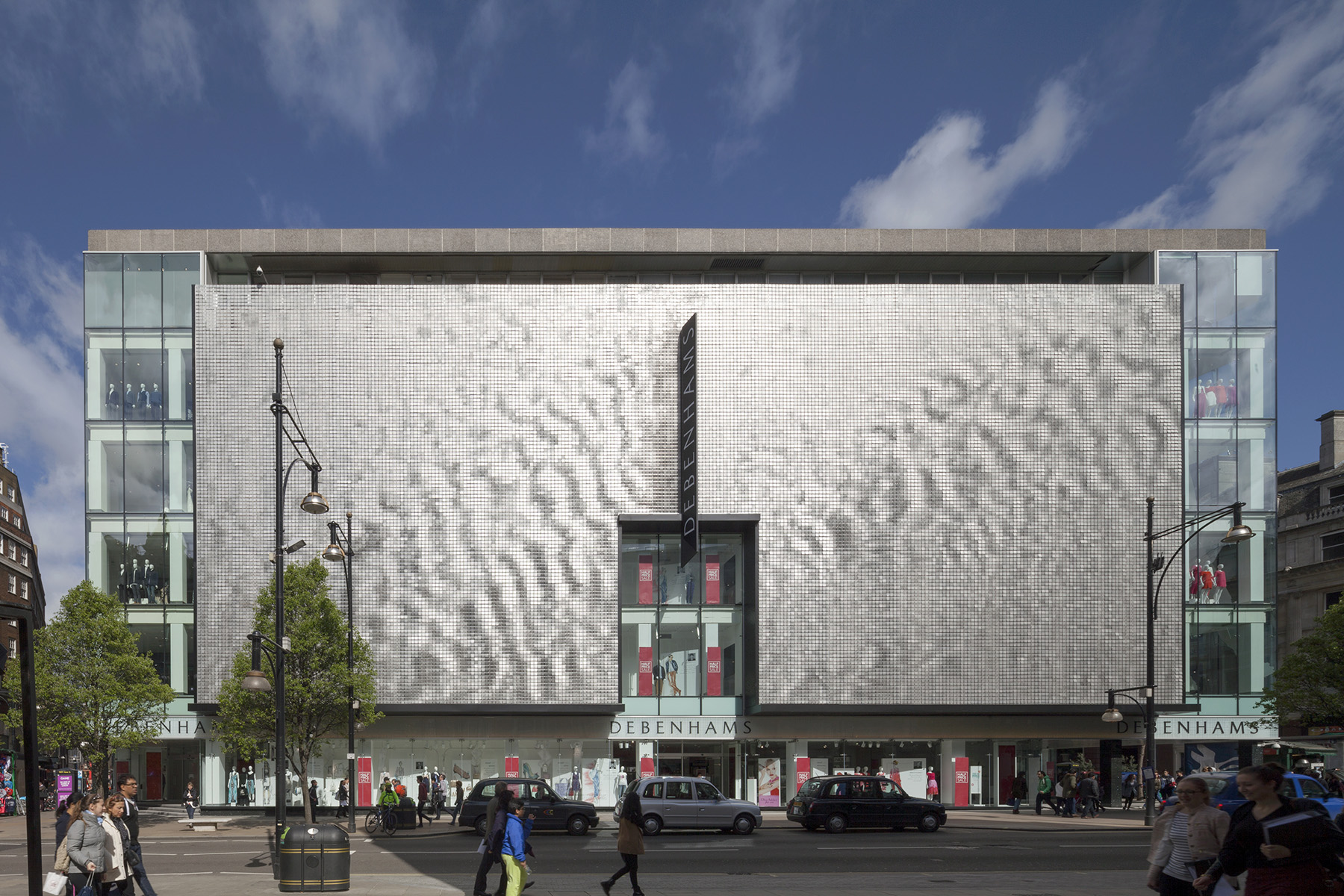