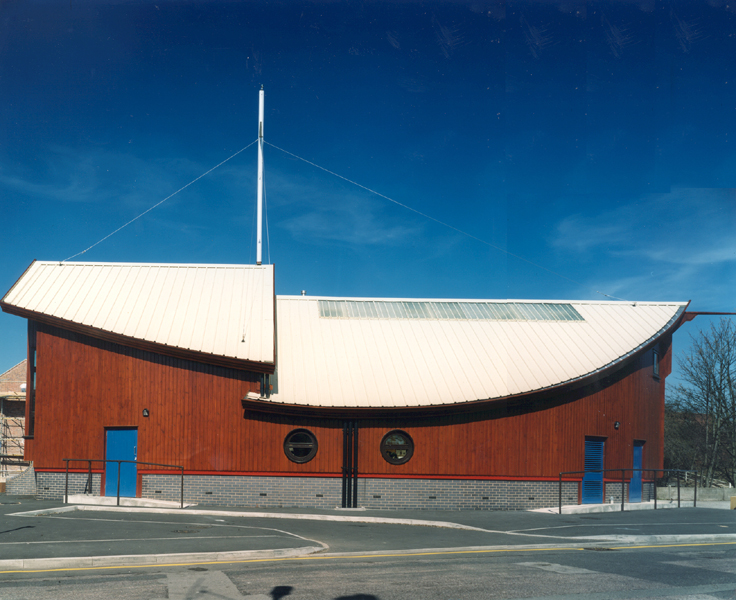 Chester’s prestige, in addition to its status as a county town, was founded largely on its importance as one of England’s busiest western seaboard ports and primary trading post with Ireland. The Old Port of Chester, now one of the City’s principle urban regeneration areas, was a working port until the early 20th Century. Located in the heart of this area is the new headquarters of the 8th Chester Scouts. Tempted to draw references from both the maritime past as well as solve the Scouts’ practical needs with a building which would evoke something of the heritage, a form evolved which is directly inspired by medieval trading vessels with their high ‘stern castles’ Steel portal frames standing (appropriately) on a raft slab were chosen as the structural system. The economies of curving the bearing members round the frames rather than try to curve the timber cladding, together with long term maintenance considerations, finally decided the extensive debate on whether to clad horizontally or vertically. To draw reference to sails folded along a boom, the profiled sheet chosen for the roof was deliberately white. Future funding, it is hoped, will support a competition for local children to design an appropriate figurehead to sit under the bowsprit.