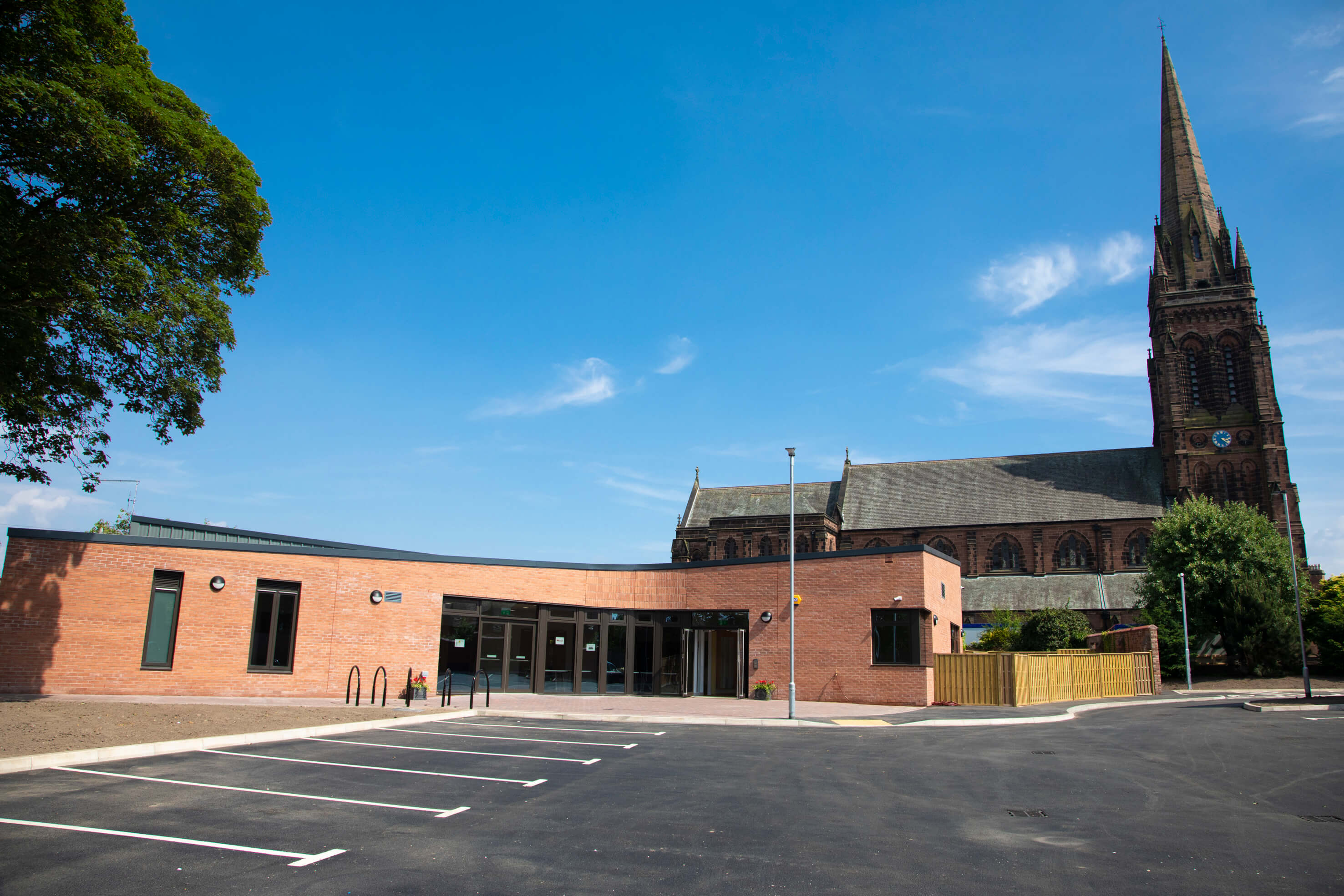 In 2003 Parochial Church Council undertook a review of the condition of the existing Church Hall, which highlighted many defects and short comings. By February 2010 it was concluded that either, the existing hall should be extended and refurbished or a replacement hall built. Subsequent discussions between the PCC, CWaC and the NHS confirmed that there were no existing facilities in Handbridge suitable to deliver outreach services and activities. In 2013 a feasibility study was commissioned to explore the redevelopment of the Hall. The study proposed an outline scheme of 502sqm, located on the footprint of the existing Hall. It was recognised that to support the significant Church and community usage envisaged, a creative vision for the future was required, and a new building, parking and associated landscaping could be designed to provide the range of flexible facilities necessary to realise the PCC’s long term aspirations. Tweed Nuttall Warburton were commissioned in November 2013 to develop the project with the Development Committee. The new centre commenced on site in July 2017 and was completed and handed over in June 2018.