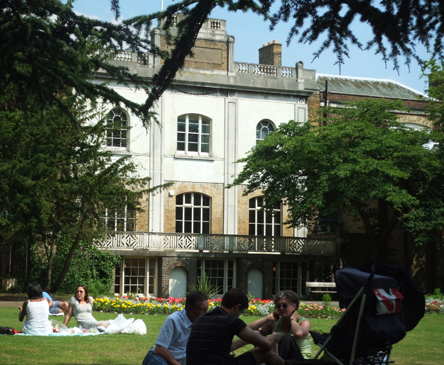 Listed Building - Grade I, Within a Conservation Area

Pitzhanger Manor is West London’s most successful contemporary art gallery and was awarded full Heritage Lottery Funding in 2014 in recognition of the educational and cultural benefits the investment will bring. The project received numerous awards for conservation and technical excellent for client and architect. George’s role as client adviser in the London Borough of Ealing's stakeholder team, was to support best practice in project strategy, overall design quality and community engagement. It is a vibrant and dynamic resource for residents with strong artistic and educational links. Designed by George Dance in the mid 18th century, it was substantially re-modelled by Sir John Soane as his country home in the early 19th century. The internal rooms formed a model for much of Soane’s later work, now seen to dramatic effect at The Soane Museum in London. Pitzhanger Manor is set within the original Soane estate of Walpole Park that now belongs to the Borough of Ealing.