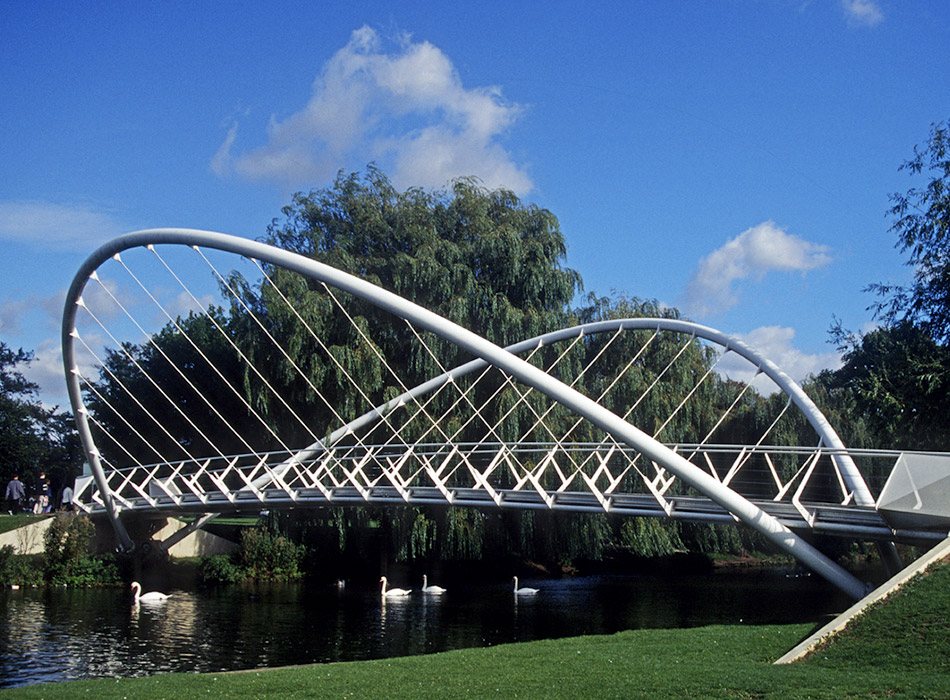 In 1995 an RIBA competition was launched on behalf of Bedford Borough Council to design a pedestrian bridge across the River Great Ouse.

The competition brief made reference to Webster's 1888 suspension bridge, only a few hundred metres downstream, noted as a 'memorable landmark which epitomises Bedford at the end of the 19th century'. Designers were invited to 'build a bridge which would similarly mark the end of the 20th century and the beginning of the 21st.'

Wilkinson Eyre's double-arched cable-stayed bridge was unanimously chosen as first prize winner by the Jury Panel from 79 entries. The panel described it as 'an extremely subtle and elegant design and a beautiful and worthy successor to the Webster bridge.'