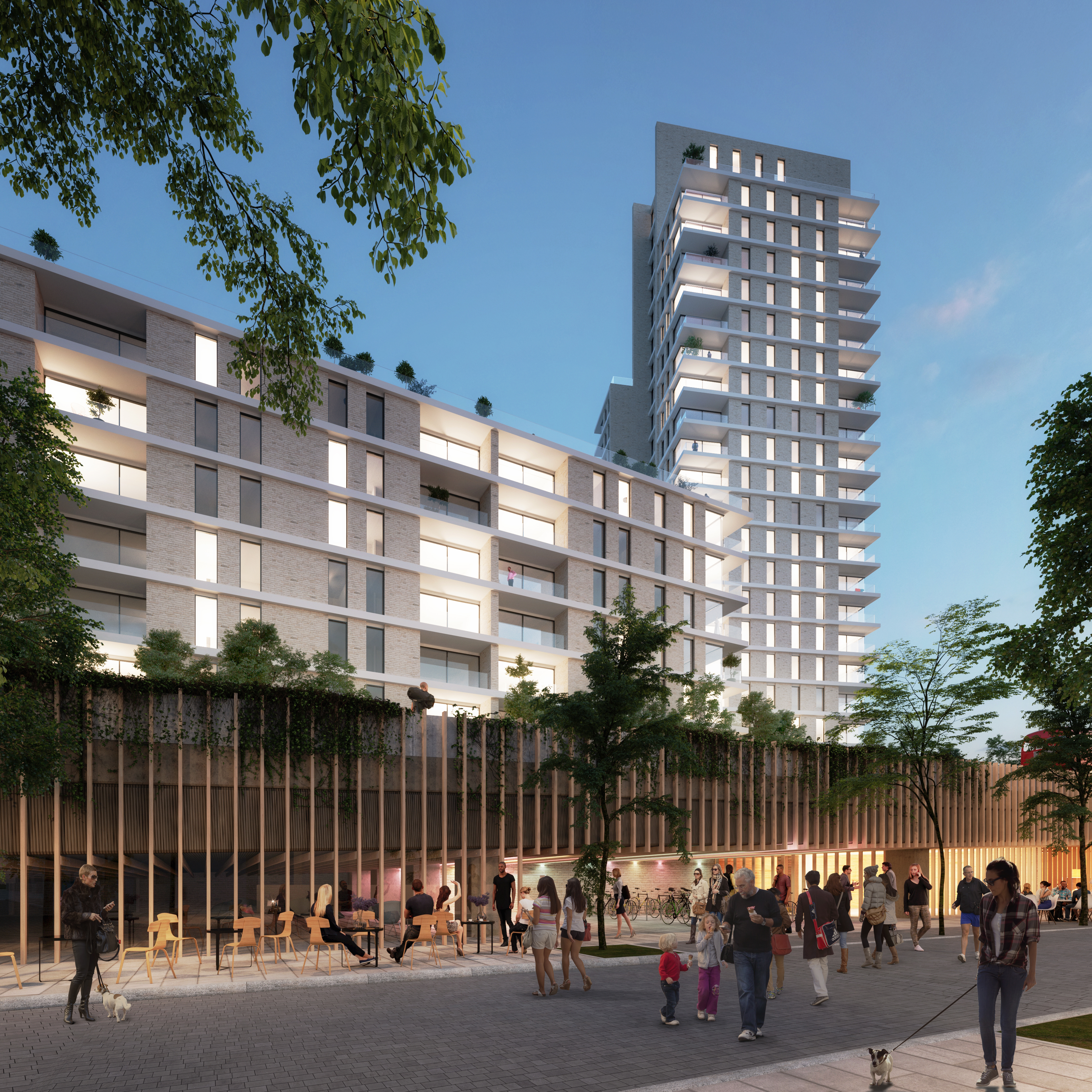 A winner has been selected to design a high-density residential development on a prominent site opposite the Abbey Wood Crossrail station and close to Thamesmead within the London Borough of Bexley.

RIBA Competitions is pleased to announce, on behalf of the London Borough of Bexley and its BexleyCo arm’s length development company, that Flanagan Lawrence have been selected to design a high-density residential development on a prominent site opposite the Abbey Wood Crossrail station.

This part of London is undergoing dramatic transformation as part of Peabody’s ambitious regeneration of nearby Thamesmead, with the imminent completion of the ‘’Elizabeth Line’’ helping to attract new business and inward investment to Abbey Wood whose redeveloped station will form its easternmost terminus. With the completion of the Crossrail project, transport links will significantly improve to Canary Wharf, Central London and eventually Heathrow and Reading in the west.

The Evaluation Panel that selected Flanagan Lawrence as the preferred architects consisted of representatives from BexleyCo, LB Bexley, the Greater London Authority, the Peabody Group and John Whiles (Jestico + Whiles) acting as the RIBA Architect Adviser. Panel members were impressed by the different ways in which short-listed teams had responded to the challenges of accommodating a large number of development and car parking provisions on a constrained site, with multiple levels due to proximity of adjacent major infrastructure.

The panel recognised the quality of both the architecture and urban design in Flanagan Lawrence’s powerful scheme which successfully addressed and promoted placemaking on Harrow Manorway - the elevated flyover which currently forms a physical and visual barrier between the development site and Abbey Wood station.