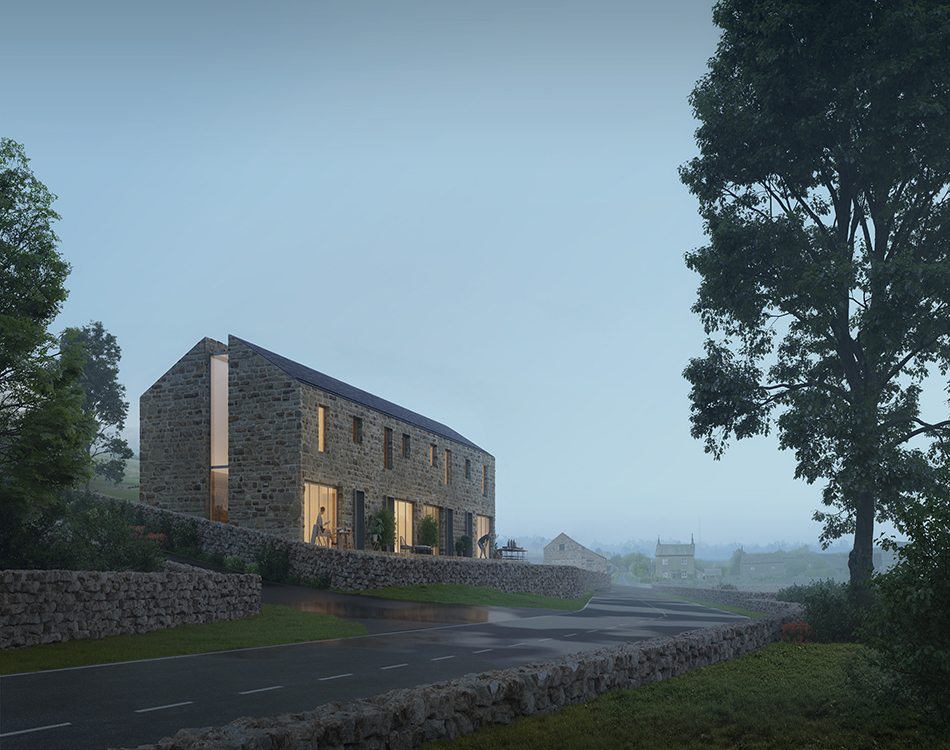 Flexible housing design competition on behalf of the Great Places Lakes and Dales Partnership (GPLD) which sought concept designs for two sites within the GPLD area.

The competition looked to attract architects from around the world who could bring new innovative thinking to flexible housing which will appeal to young people and draw them to the area. Although the GPLD area economy is relatively strong, like many rural areas it suffers from an outward migration of young people. Specifically, the GPLD area has 44% fewer 16-34-year olds than the national average, which raises significant concerns regarding its future economic and community resilience.

Competitors were invited to submit proposals for one of the two sites or for both locations.

The initial phase of the competition required teams to submit designs anonymously. Six concept designs (three for each site) were been shortlisted for further development at the second phase.

The shortlisted teams were as follows:

After further development all six teams were invited to interview, with Outpost (Burneside) and McMullan Studio (Horton-in-Ribblesdale) being announced as the winners of the competition.