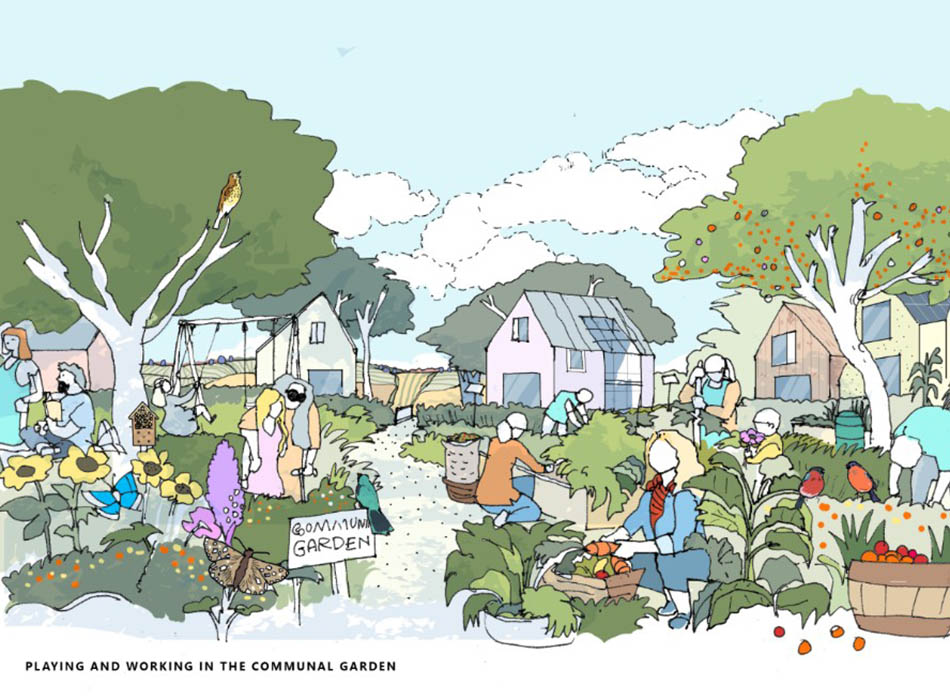 To discover new designs for a modern garden city to meet the needs of the 21st century, whilst recapturing the pioneering spirit that led to the development of the world’s first garden city at Letchworth

The competition sought master planning concepts for the proposed residential development of a 45 hectare site to the north of Letchworth, which will be the first expansion of the Garden City in a generation.

Founded in 1903, Letchworth Garden City was the brainchild of social reformer Ebenezer Howard, whose vision to improve lives for people by combining the best of living and working in the town and country led to a vibrant international garden city movement. Today, the need for new homes means that there will be an expansion of the urban area of Letchworth for the first time since the 1980s. Design concepts generated by the winning team will inform the overall masterplan and subsequent build on an approximately 110-acre case study site. The site is included in the North Herts Local Plan for housing, which is due to be adopted in 2019, and includes proposals for 900 new homes on this land (of which 40% will be affordable housing), together with a new primary school, local community facility and retail space.

The competition was open internationally to architect-led design teams, with inter-disciplinary collaboration encouraged, as was collaboration between practices of different size, expertise and experience.

The first phase of the competition attracted entries from competitors based in Australia; France; Germany; India; Iran; Italy; the Netherlands; Poland; Thailand; the United Kingdom and the United States of America. Following appraisal of the anonymous design submissions, the authors of the four short‐listed teams (in alphabetical order of design team lead) were identified as follows:

The competition was won by EcoResponsive Environments, who impressed the Adjudication Panel with their enthusiasm, understanding of key issues and breadth of thinking applied to get beneath the skin of the project. The team demonstrated a particularly strong understanding of resource efficient design which built on team members’ experience of living and delivering projects in less developed parts of the world. The Panel was pleased to note that the competition format, in which the first phase submissions were assessed anonymously on the strength of the design ideas presented, had eventually resulted in a recently formed firm winning the post-competition commission.

"We are delighted with the quality and number of the entries we received, which demonstrates a continuing interest in Letchworth as the world’s first garden city. The final judging followed a community consultation exercise where over 250 votes were received, which contributed to the final decision. Choosing a winner was very difficult, but we feel that the team at EcoResponsive Environments will make a positive contribution to the evolution of our development proposals and the wider debate on modern garden city living and we look forward to working with them."