London Mayor Sadiq Khan has named 50 Design Advocates to work with City Hall and London boroughs to drive forward his Good Growth by Design programme, launched last week in the mayor’s first major speech on design and the built environment.

The role of the mayor’s design champions is outlined in his Good Growth by Design prospectus, which in turn is intended to facilitate the wider Good Growth strategy published last year in anticipation of continuing population growth for the capital.

The six ‘pillars’ of the programme include informing future policy.

The mayor is planning a series of design inquiries which will take input from the Design Advocates. The first will look at best practice in design review, with the aim of establishing a Design Review Charter for London.

Another will be a review of London’s Housing Design Guidance and the need to intensify and mix uses more effectively. Other future inquiries could address density, the role of industry in the city, the social value of high streets and the democratic character of public space.

Design review features large in the mayor’s programme. Khan says he expects to see every project benefitting from some form of Greater London Authority (GLA) investment to undergo design review, preferably at an early stage, and he called on all other public bodies in the capital to do the same.

The GLA will draw on the pool of Design Advocates to deliver design review for its schemes through a London Design Review Panel, while other London boroughs will be able to call on the advocates to support their own reviews or establish new review panels.

The mayor has declared no plans to replace or duplicate existing panels that are working well. Rather, he clearly wants to dramatically increase the number of major applications that are being reviewed. At present, 70% of major schemes in London do not go through design review.

Khan also aims for the GLA and the boroughs to become better clients. GLA staff are to work with the advocates to develop best practice procurement processes, from smaller commissions to large-scale design competitions.

Other pillars of the programme will see the promotion of greater diversity in the built environment professions, and the launch of a new social enterprise, Public Practice, that will place talented designers and planners for a year in local authorities to raise standards.

Julia Park, Head of Housing Research at Levitt Bernstein and a member of the RIBA Housing Group, says she was delighted to be selected as one of the Design Advocates and by the fact that the mayor is honouring the profession by taking these steps.

‘He showed last week that he and his team not only believe in the value of good design, they also recognise that designers are the people who understand it best. It was truly refreshing to see the skills and creativity of architects and engineers so openly sought, and so warmly celebrated,’ says Park.

‘I’ve always felt that policy-making should be a more inclusive and collaborative process, directly involving the people who tackle the practical challenges of making good cities. Actually getting down to writing policy – working through the possible impacts and conflicts and avoiding unintended consequences – is much more difficult than it seems. So it will be good for us to see the other side of the coin. No doubt there will be plenty of robust debate.’

The Good Growth by Design prospectus includes a full list of the 50 Design Advocates. The mayor says they will start work in earnest in September.

Thanks to Julia Park, Head of Housing Research, Levitt Bernstein.

Text by Neal Morris. This is a ‘Practice News’ post edited by the RIBA Practice team. The team would like to hear your feedback and ideas for Practice News: practice@riba.org

Get ready for the RIBA’s climate literacy tests

What will the RIBA’s climate literacy competency tests cover? Mina Hasman, the author of forthcoming guidance, explains some of the topics and level of expertise. 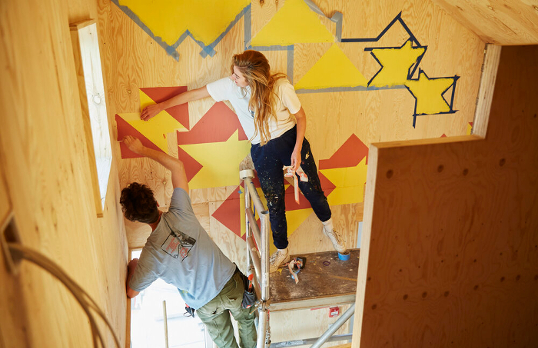 Build your own designs to become a better architect

What can you learn by working side by side with builders and getting your hands dirty? Owen Pearce (Director, Pearce+) explains how becoming his own contractor on a project has taught him valuable lessons in putting together a structure. 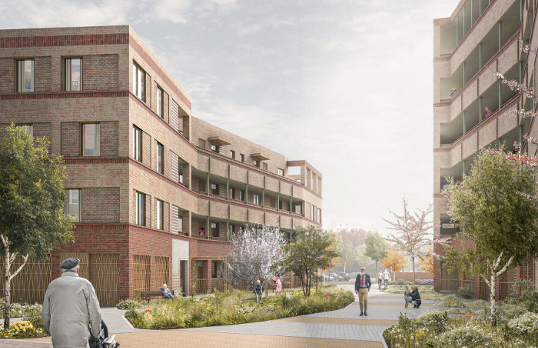 How to create age-friendly designs that are inspiring, healthy and non-clinical