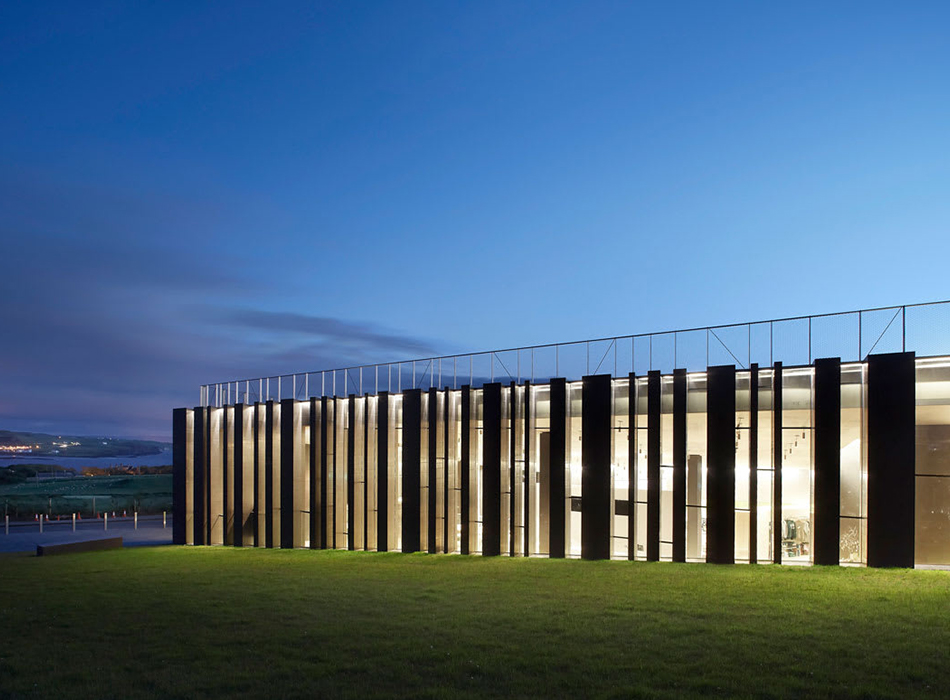 Co-founder of the award-winning Dublin-based practice, Shih-Fu Peng presents a number of key projects and is joined by co-founder Róisín Heneghan for a Q&A session.

Heneghan Peng Architects was founded in New York by Shih-Fu Peng and Róisín Heneghan in 1999 and has since opened offices in Dublin and Berlin. The practice takes a multidisciplinary approach to design with a portfolio spanning landscapes, buildings, bridges, and largescale urban masterplans.

The practice established itself on the world stage by winning international competitions, including the high profile Grand Egyptian Museum in 2003. They are internationally recognised for designs that successfully navigate complex and historically sensitive sites, such as the architecture school at the University of Greenwich in London (2014), located within a UNESCO World Heritage Site and also shortlisted for the 2015 RIBA Stirling Prize. More recently, the practice completed the Palestinian Museum (2017), which has won several awards including the prestigious 2019 Aga Khan Award for Architecture. The office is currently working on several high-profile projects, with planning permission recently granted for their redevelopment of the Old Library at Trinity College Dublin, home to the Book of Kells.

Róisín Heneghan has taught at Yale University, Harvard University, MIT, University College Dublin and Cornell University. She has served as a jury member on several international architectural competitions, including the Canadian Museum for Human Rights, The National Museum of Romanian History, Bihar Museum in Patna and was a member of the 2016 RIBA Stirling Prize jury.

Shih-Fu Peng is interested in and has collaborated closely, on the engineering element of projects, including the façade at the Grand Museum of Egypt and the structure and façade at the Giants Causeway Visitors’ Centre. Shih-Fu has been invited to teach as a guest critic at Yale University, Harvard University, MIT and Cornell University, in addition to teaching at University College Dublin. In recent years, the studio's subject of research has been studying the integration of architecture and engineering in large infrastructural projects.

This lecture is featured as part of our Istanbul RIBA + VitrA Talks and is translated in Turkish through subtitles.

With innovation at its core, a global reach, and a tradition of collaborating with celebrated architects and designers, the VitrA bathroom brand has become a world leader, synonymous with contemporary sophistication since the mid-1900s.