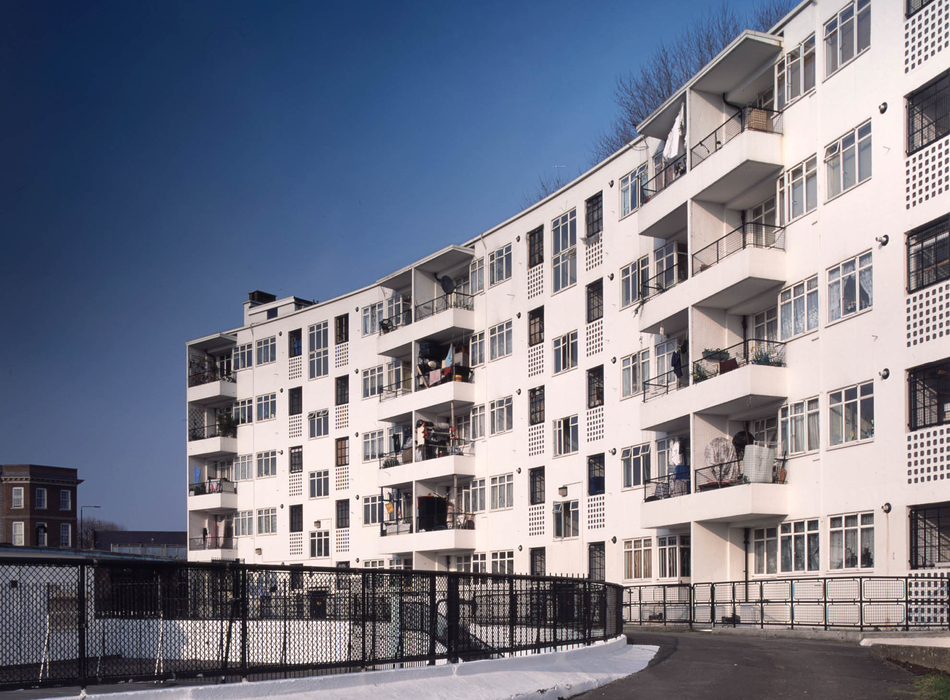 A night of short presentations by the architects working on the restoration of some of the UK’s most loved Modernist buildings.

Many of the country’s most iconic pre-war and post-war Modernist buildings have undergone restoration in recent years. This event brings together five architecture practices who have worked on some of the UK’s most significant examples of Modernist architecture to present their diverse approach to refurbishing, preserving and conserving these buildings.

Architects Studio Sam Causer have successfully secured Planning Permission and Listed Building Consent from the Royal Borough of Kensington and Chelsea for their £2.4million proposal to conserve and extend the Community Rooms at the Grade II* listed Kensal House in Ladbroke Grove, London for the SPID Theatre Company. Architect Maxwell Fry and social reformer Elizabeth Denby designed the pioneering social housing estate in 1936.

The works will update the Modernist social space to suit contemporary users, allowing SPID to scale up their arts, heritage and sports activities that champion high quality community work on social housing estates.

SEW are the Lead Architect for the refurbishment of the Grade II* listed Balfron Tower, originally designed by Ernő Goldfinger, in east London, which is currently on site and due to complete in spring 2020.

The Isokon Flats, designed by Wells Coates for developer-clients Jack and Molly Pritchard and opened in 1934, were intended as a social and architectural experiment in minimalist modern urban living. Distinguished residents have included Walter Gropius (founder of the Bauhaus), Marcel Breuer, László Moholy-Nagy and Agatha Christie. In the post-war years as a result of several changes in ownership and inadequate maintenance, the Isokon deteriorated and became uninhabitable. Avanti Architects in collaboration with Notting Hill Housing Group won a competition to acquire, conserve, renovate and regenerate this Grade I Modernist landmark. Following this project, Fiona Lamb and John Allan of Avanti Architects, together with Magnus Englund, formed the Isokon Gallery Trust and created a public gallery in the building where the Isokon story could be told.

Completed by the Smithsons in 1964, The Economist Plaza is considered a milestone in the canon of modern architecture. In 2016, when the magazine departed, the complex was acquired by Tishman Speyer and renamed ‘Smithson Plaza’ in honour of the original architects.

In conversation with distinguished scholars and experts of the Smithsons' work, DSDHA have considered the impact of incremental changes since 1964 and have assessed what might be preserved or changed to devise a phased conservation framework for the ensemble's sensitive restoration and substantial environmental upgrade.

Purcell were successful in their bid to begin work on High Cross House to restore the 1932, Grade II* listed building and re-purpose it as a Learning Hub as part of a wider revitalisation of the estate. The building was designed as the Headmaster’s House for Dartington School by the pioneering American architect William Lescaze and designed in close collaboration with the client, the Headmaster William Curry. The house had a range of different issues including unsympathetic change, loss of historic features, changes in the formal landscaping and most notably perhaps, the negative impacts of previous conservation efforts. Purcell took a conservation-led approach that had its initial focus on understanding the history and significance of the architecture, before beginning work – which is ongoing.

This event is part of the RIBA exhibition, Beyond Bauhaus - Modernism in Britain 1933-66. View the full season of events.