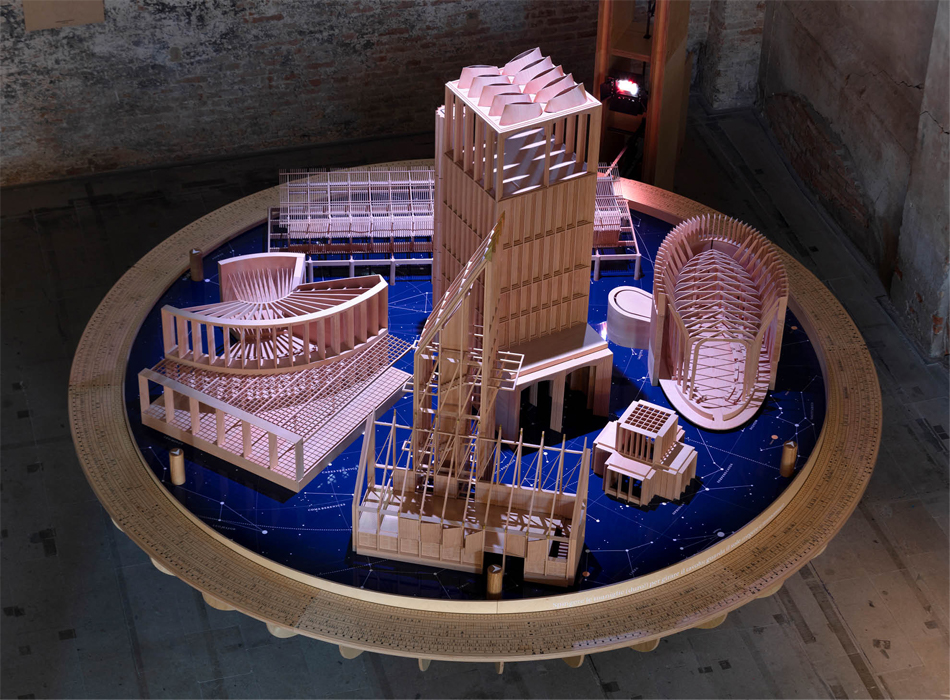 This talk marks the opening of Presences, an interactive installation of six large-scale models by Níall McLaughlin Architects for the Venice Biennale 2018.

The idea of people coming together to express a shared identity is embodied in the word ‘hall’. Níall McLaughlin will present ‘Twelve Halls’, a collection of built and unbuilt projects that include spaces for gathering. These are rooms for dining, storytelling, music, drama, religious rituals and playing sports.

Níall McLaughlin is a London-based architect and established his own practice, Níall McLaughlin Architects, in 1990. Having received his architectural qualifications from University College Dublin in 1984, Níall has gone on to win Young British Architect of the Year in 1998, he was one of the BBC Rising Stars in 2001 and his work represented Britain in a US exhibition Gritty Brits at the Carnegie Mellon Museum. His designs have won many awards in the UK, Ireland and the US, including RIAI Best Building in the Landscape, the 2015 Stephen Lawrence Prize for the Best Building under £1million and was on the Stirling Prize Shortlist in 2013, 2015 and most recently in 2018 for his work on The Sultan Nazrin Shah Centre, Oxford.

Níall has taught extensively around the world and is currently a professor of architecture at University College London and was the Lord Norman Foster visiting Professor of Architecture at Yale in 2015.

Níall McLaughlin’s book, Twelve Halls, will be available to purchase on the evening.