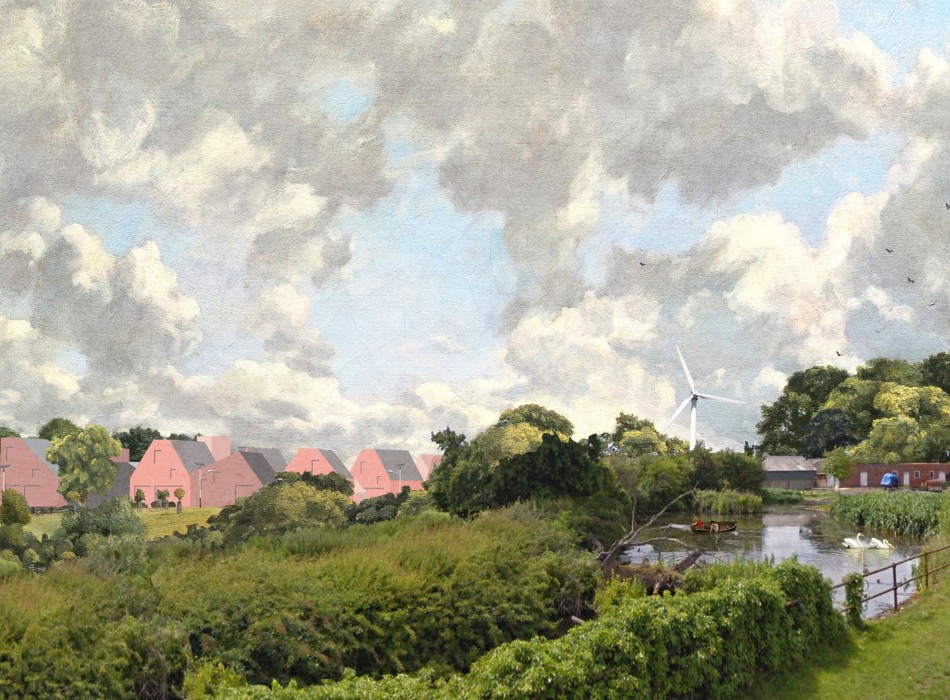 Join us for a panel discussion exploring the radical changes needed to secure the future of our countryside, as detailed in Petra Marko and Sarah Featherstone's RIBA funded research report.

Many villages are quintessentially picturesque, but traditional community life is diminishing, and currently there isn't much research on how to deal with this.

During this event, co-authors Petra Marko and Sarah Featherstone will introduce their evidence-based research report, the Modern Day Picturesque. This builds on VeloCity – a strategic vision that reinvigorates rural communities and looks at how we can grow villages differently, by disincentivising car use and making radical change to planning policies. Their research specifically explores the benefits and barriers of building higher density housing in rural settings, and draws from this a set of emerging principles for new housing typologies.

Following an introduction to their research report, Petra and Sarah will join a panel discussion with Meredith Bowles, principal of Mole Architects, and Hana Loftus, director of Hat Projects and an associate at Public Practice. The panel will be chaired by Alicia Pivaro, a cultural practitioner, community activist and ‘critical friend’ to Petra and Sarah during their research.

VeloCity comprises a team of industry experts; their vision formed as a result of winning the National Infrastructure Commission’s placemaking competition to integrate new homes with new high-speed infrastructure in the Ox-Cam corridor. The team have spoken widely about their vision to government, local authorities, communities and landowners, and they know there is an appetite for change.

VeloCity was exhibited at Enough: The Architecture of Degrowth at the Oslo Triennale, and has received awards nationally and internationally. These include an honorary award at the International Making Cities Liveable conference in Ottawa, Canada, and the William Sutton Prize for Excellence in Social Housing Design and Placemaking from Clarion Housing Group.