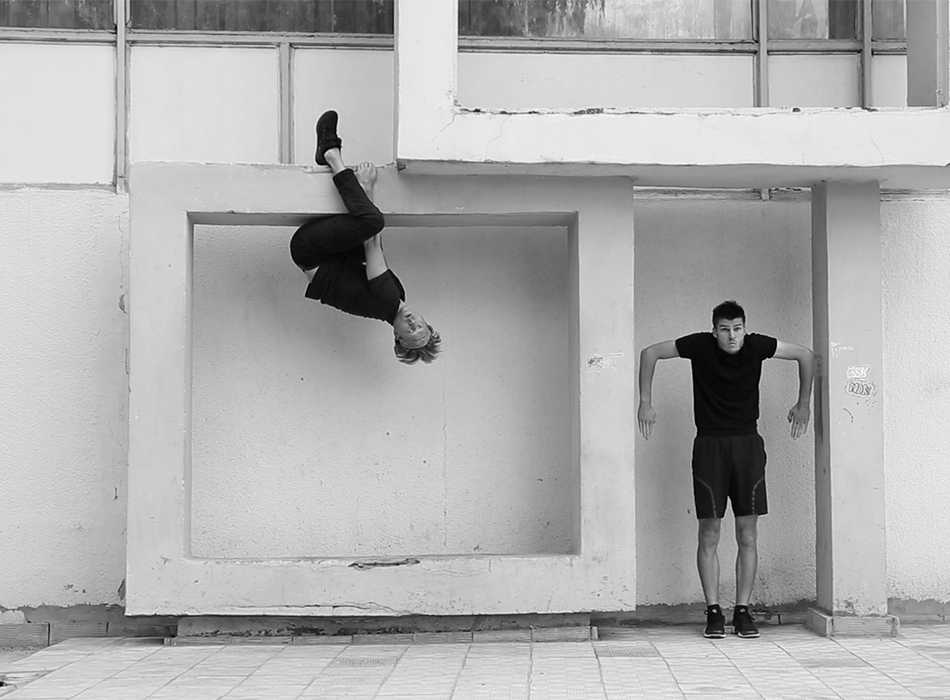 Preview screening: What Shall We Do With These Buildings?

Join NLA at RIBA for a preview screening of Jonathan Ben-Shaul’s documentary-dance film which explores the legacy of Soviet architecture in Kharkiv, Ukraine.

Preview screening: "What Shall We Do With These Buildings?" hosted by RIBA in partnership with NLA

A special evening of film, poetry and discussion to reflect on those, citizens and architects alike, affected by the conflict in Ukraine, with guests joining live from the city of Lviv.

This film about Soviet architecture in Kharkiv was made just before the Russian invasion. Since then a number of the buildings have been destroyed or damaged.

NLA and RIBA invite you to a very special evening to discuss the effects of war on architecture - which always stands in its front line.

Two of the film's participants, architect Oleg Drozdov and producer Mykola Naboka will join us live from the western city of Lviv, Ukraine, giving a latest update and perspective. We also look at how architectural reconstruction might play a role in Ukraine's future.

Hosted by Peter Murray OBE, who will be joined in London by the film’s young directors, Jonathan Ben-Shaul and Louis Norris, and Ukrainian architectural historian, Maria Presenti, former director of Ukrainian Institute in London.

This event is free to attend. Anyone wishing to support the humanitarian relief effort can visit UN Crisis Relief.

Read the latest RIBA guidance on the Ukraine crisis.

Jonathan Ben-Shaul taught at the Kharkiv School of Architecture. Inspired by the Soviet modernist architecture, he teamed up with editor/co-producer Louis Norris to make What Shall We Do With These Buildings? - investigating the living relationship we have with our built environment.

A native of Kyiv, Marina has lived in the UK since 1998 and founded an independent Ukrainian Community School in South East London. She currently volunteers as a representative in London for the Ukraine crisis media centre.

Oleg Drozdov - Architect and co-founder of Kharkiv School of Architecture

The school’s ambition is to become the best school of architecture in Eastern Europe, to start a new tradition in Ukrainian architecture, and to train a new generation of architects and urbanists.

Mykola taught alongside Jonathan Ben-Shaul at the Kharkiv School of Architecture. He is currently working on the ground helping the community by organising cultural events in bomb shelters. If shelling starts, they don’t have to stop the performance.

Poet and singer/songwriter Ivan remains in his hometown of Kharkiv, despite the constant shelling, working to boost morale by organising readings.

New London Architecture (NLA) is an independent, purpose-led membership organisation for everyone with an interest in London’s built environment. Its purpose is to improve the quality of people’s lives by making London a better place to live, work and visit. Its vision is to become the world’s leading centre of excellence for the built environment. NLA’s activities are broad-ranging and include research, publications, events, exhibitions, tours, learning programmes, websites and social media platforms, awards and competitions, the world’s largest architecture festival, and public galleries that feature large interactive scale models of London.