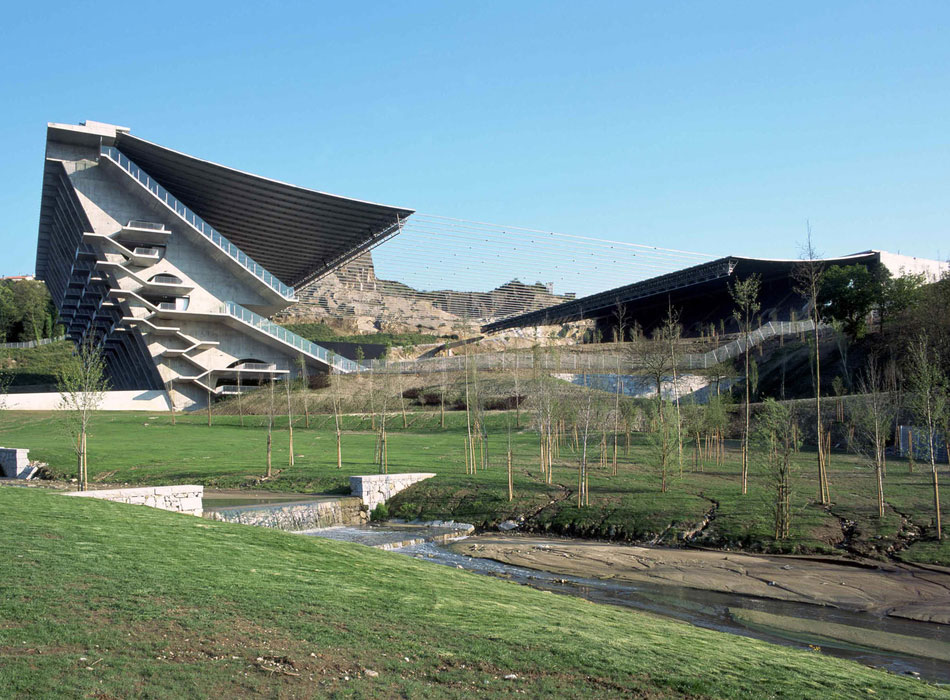 Pritzker Prize winning architect Eduardo Souto de Moura will speak about recent projects in his office and the possibilities for an architecture that coexists with nature.

The award winning Portuguese architect Eduardo Souto de Moura started his practice in 1980 and has since built a vast portfolio of international projects, ranging from private residential houses to major public and urban works. Originally studying sculpture at the School of Fine Arts in Porto, Souto de Moura eventually achieved his degree in architecture and worked for Álvaro Siza for five years. The practice has become internationally recognisable for its strong forms and sculptural masses, as seen in iconic projects such as the Braga Stadium (2004) and Casa das Histórias Paula Rego (2008).

Souto de Moura is also known for the considered use of materiality in his projects, to make the most of the textures and colours of natural materials, a characteristic highlighted in the pavilion he designed as part of the Vatican chapels in 2018’s Venice Architecture Biennale. He believes that good architecture comes from a coexistence between the natural with man made construction, citing that “the relationship between the natural and the non-natural should be a natural one”.

Recent projects include the careful transformation of a historic Portuguese farming village into a hotel (São Lourenço do Barrocal, 2017), whose process and finish resonates with many of Souto de Moura’s previous restoration projects such as the iconic Convento Das Bernardas (2012).

Eduardo Souto de Moura won the Pritzker Prize in 2011 and the prestigious Wolf Prize in 2013, whilst more recently he won the Golden Lion for best project on show at the Venice Architecture Biennale in 2018 and the Arnold W. Brunner Memorial Prize in 2019. He has previously designed the Serpentine Pavilion, in collaboration with Álvaro Siza, in 2005 and exhibited at the Royal Academy as part of the Sensing Spaces exhibition in 2014.

The evening will begin with an introduction to the event by Roz Barr, Founding Director of Roz Barr Architects, followed by a one hour lecture by Eduardo Souto de Moura. There will then be an opportunity for questions from the audience. The event will take place in the Jarvis Hall at 66 Portland Place.

Please note this lecture will be delivered in Portuguese with translation provided through headsets.

This event is sponsored by VitrA Bathrooms and generously supported by the L.K.E Ozolins fund.