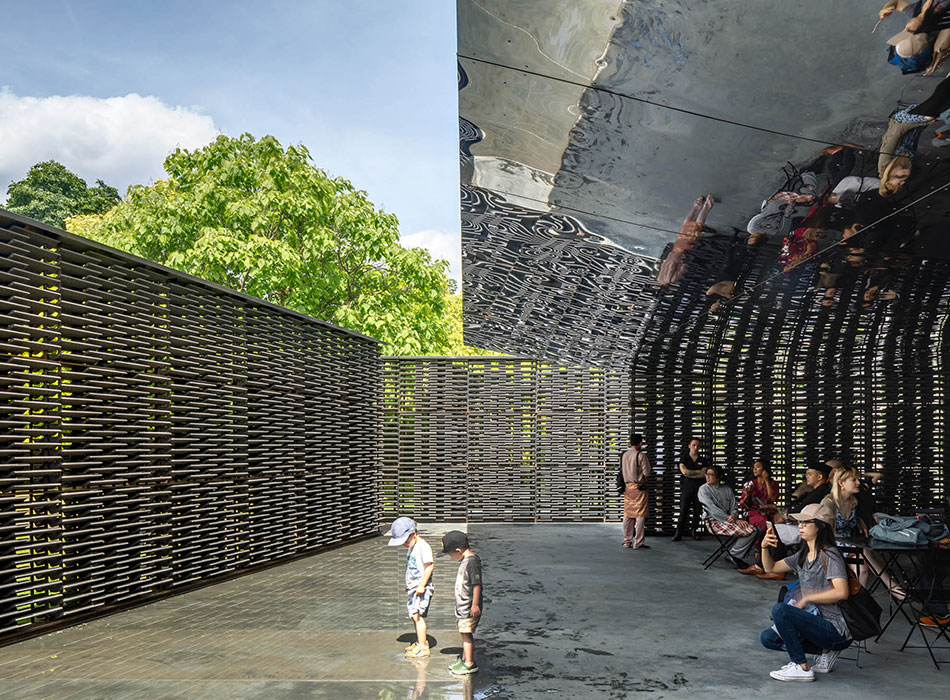 Frida Escobedo will discuss recent projects, including the 2018 Serpentine Pavilion. To date she is the youngest architect commissioned for the prestigious project.

Frida Escobedo is principal and founder of an architecture and design studio based in Mexico City. She will join us to discuss her recent work including the 2018 Serpentine Pavilion and forthcoming projects.

The projects produced at Escobedo’s studio operate within a theoretical framework that addresses time not as a historical calibration but rather a social operation. This expanded temporal reading stems from Henri Bergson’s notion of ‘social time,’ and is materialised in such conceptual works as the El Eco Pavilion (2010), Split Subject (2013), and Civic Stage, presented at the 2013 Lisbon Architecture Trienniale. Frida Escobedo has taught at Columbia University’s Graduate School of Architecture, Planning and Preservation; Harvard Graduate School of Design; and the Architectural Association, London. She is the recipient of the 2014 BIAU Prize, the 2016 Architectural Review Emerging Architecture Award, and most recently, the 2017 Architectural League Emerging Voices Award.

With innovation at its core, a global reach and a tradition of collaborating with celebrated architects and designers, the VitrA bathroom brand has become a world leader, synonymous with contemporary sophistication since the mid 1900’s.