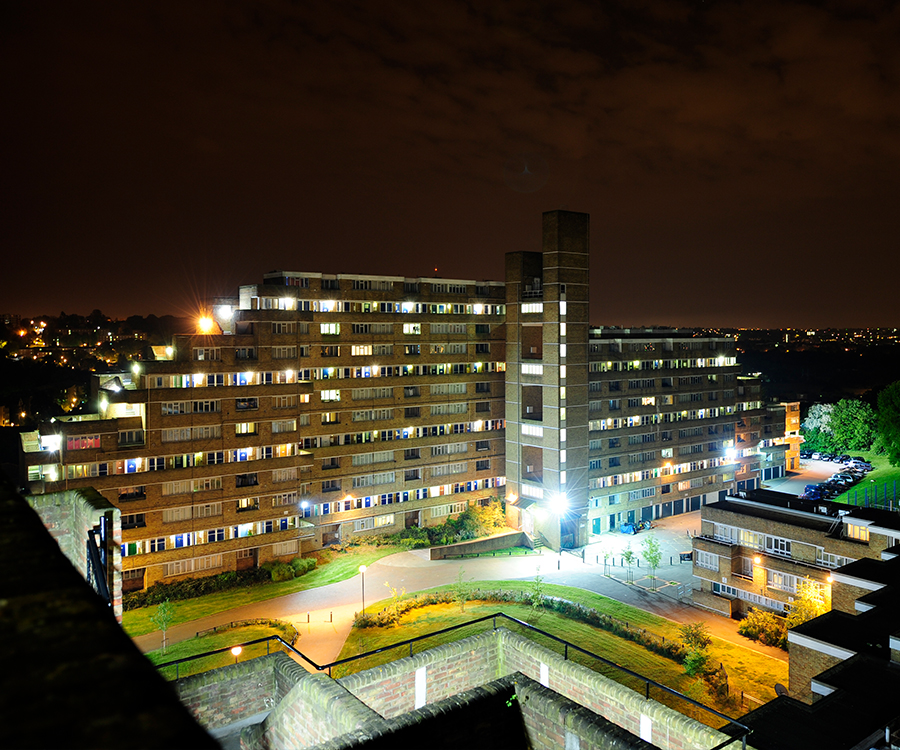 Join us for discursive conversations between pioneering architects of the past and the future, through pairing an established seminal architect with a younger emerging architect.

This new talks series focuses on established architects and their contemporary counterparts practicing today. For the inaugural talk pioneering architect Kate Macintosh, who spent much of her career working for local authorities, will be in conversation with Mary Duggan who is currently working with Brick by Brick a development company established by Croydon Council, to build high quality and affordable housing for the borough.

Kate Macintosh is best known for her 1960s social housing projects, the first of which she designed at the remarkably young age of 26. After graduating from the Edinburgh School of Art in 1961, Macintosh spent three years working and studying in Warsaw, Stockholm, Copenhagen and Helsinki before returning to the UK where she commenced work under Denys Lasdun on designs for the National Theatre in London. In 1965, aged 26, Macintosh began work for the Southwark architecture department, where she designed the distinctive Dawson’s Heights estate in Dulwich.

Following its completion, Macintosh embarked on a project in Lambeth, tasked with designing a housing facility for the elderly, and went on to work on similar housing projects in East Sussex and Hampshire. Later, Macintosh established a private practice with her partner, the architect George Finch also known for his post-war social housing projects. Macintosh has been described by Rowan Moore in the Observer as “one of Britain’s great unsung architects of social housing”

Mary Duggan Architects will have their Brick by Brick project, Lion Green Road, featured as part of A Home for All: Six experiments in Social Housing, a collaborative display by the V&A+RIBA Partnership. The exhibition presents six UK social housing projects from the last 100 years, each with an experimental approach in addressing the provision of a home for all. The display opens at the V&A on 24th November 2018.

With innovation at its core, a global reach and a tradition of collaborating with celebrated architects and designers, the VitrA bathroom brand has become a world leader, synonymous with contemporary sophistication since the mid 1900’s.