"Hastings Pier is a masterpiece in regeneration and inspiration. The architects and local community have transformed a neglected wreck into a stunning, flexible new pier to delight and inspire visitors and local people alike." says RIBA President Ben Derbyshire, who chaired the RIBA Stirling Prize jury. 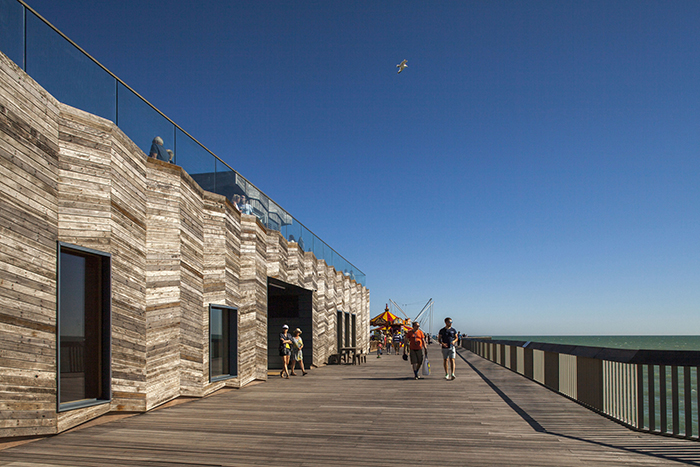 Hastings Pier can chart its history from 1872. For many years it was a popular pleasure pier famous for musical acts, but its recent past has been much more precarious. Neglected for years, it closed in 2008 following storm damage, and in 2010 faced destruction when a fire ravaged the entire structure.

Residents and friends were determined to use the fire as an opportunity to reimagine the pier. Buoyed by the help of the Heritage Lottery Fund, a RIBA Competition was held attracting entries from around the world. London-based architects dRMM won the competition and immediately set about meeting with locals and stakeholders to help shape the future of the pier; a future radically different from that of its Victorian inception.

"There was no sense in trying to reconstruct it as a 19th century pier – that typology had gone with the fire. There was an opportunity to reuse and reinvent the pier and give it a new future." says Alex de Rijke, dRMM Founding Director.

For many, the fact the pier is still standing is special enough; but what makes this pier unique is the decision not to populate the space with permanent attractions. 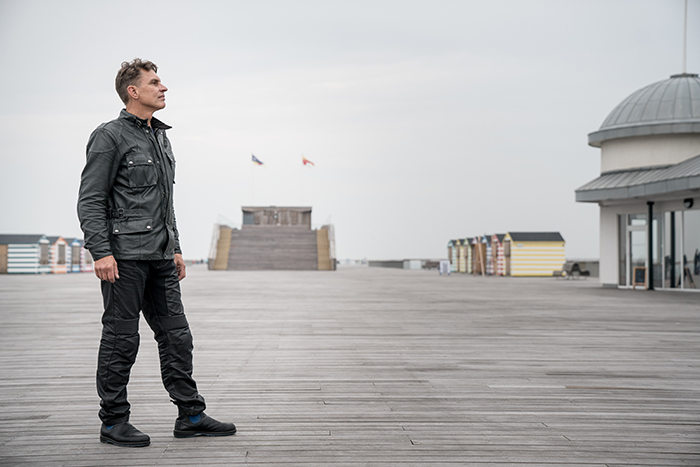 "You expect a pier to be covered in stuff, instead you have a free space and no buildings" Says Alex. "The new pier is designed as an enormous, free, public platform over the sea - inspiring temporary installations and events across a variety of scales. This space offered more potential than an ‘iconic’ building on the end of the pier, and demonstrates the evolving role of the architect as an agent for change."

The Chair of Hastings Pier Charity, Maria Ludkin describes the pier as a "symbol of regeneration". Maria has seen the positive impact the pier has had on the local community and day-trippers, alike: "Hastings Pier has invited curious visitors, stimulated conversations, and engaged and welcomed all who use and support us. Accessible and sustainable, it frames a spectacular seascape and offers unlimited variations for relaxation, contemplation and play." 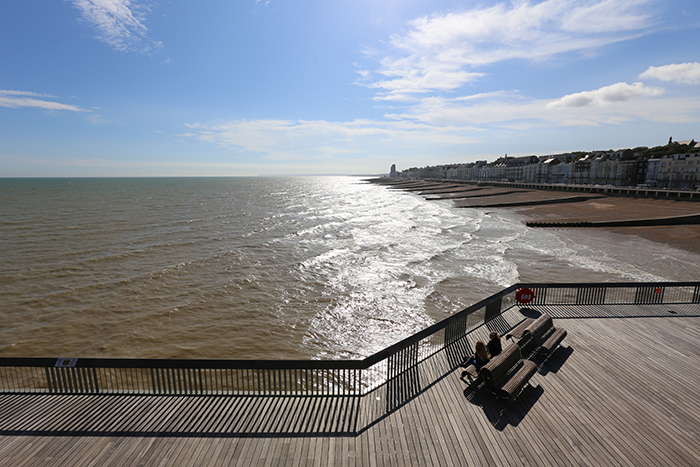 Upon hearing the news that Hastings Pier won the RIBA Stirling Prize, Alex was keen to highlight that this was not just an achievement for dRMM but for the wider community of people involved, also: "All of the many people who worked on this long project are grateful and delighted with the Prize - and proud of achieving the apparently impossible".

Can a four-day week work for architectural practices?

Four-day weeks are the hottest topic in the workplace and increasingly piloted by businesses in all sectors. Sam Goss, Founding Director of Bristol-based Barefoot architects explains why the practice made the jump, how they make it work and what the benefits are.

Findings from our monthly report of the business and employment trends affecting the profession.

Meet the jury for the 2022 RIBA Stirling Prize - awarded to the UK's best new building - which will be announced on 13 October.
keyboard_arrow_up To top