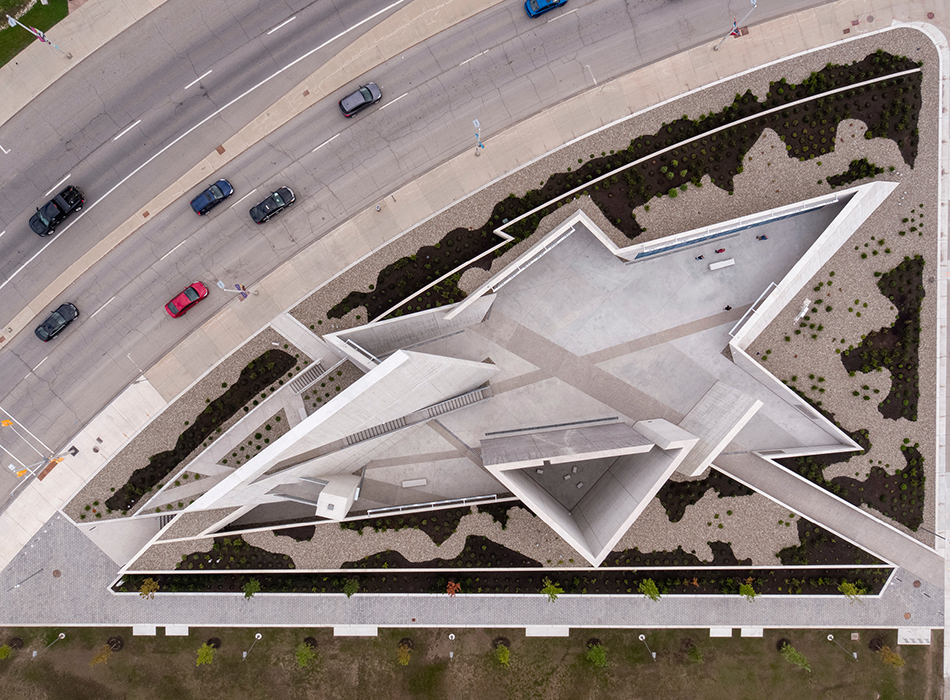 Missed out on a ticket? Watch the live stream of the talk in full and for free on Tuesday 16 April, 7pm (GMT+1).

Join us to hear Daniel Libeskind, an international figure in architectural and urban design in conversation with writer and curator, Priya Khanchandani.

Together they will discuss the architecture of memory, place and people through Libeskind's new publication, Edge of Order. Libeskind established his architecture studio in Berlin in 1989 after winning the competition to build the Jewish Museum in Berlin. In 2003 Studio Libeskind moved its headquarters to New York to oversee the masterplan for the World Trade Center redevelopment.

His practice extends from museums and concert halls to convention centres, universities, hotels, shopping centers, and residential projects. Born in Lodz, Poland in 1946, Libeskind was a virtuoso accordion player at a young age before giving up music to become an architect. Today he is universally known for introducing a new critical discourse into architecture and for his multidisciplinary approach. Libeskind has taught and lectured at universities all over the world, received numerous awards, and designed projects, including the master plan for the World Trade Center in New York and the Jewish Museum in Berlin, among others. Daniel Libeskind resides in New York City with his wife and business partner, Nina Libeskind. Daniel is also a Board member of the British Architectural Library Trust, which supports the RIBA’s world class Library and Collections.

Priya Khanchandani is a writer, curator and commentator. She is the Editor of monthly design and architecture magazine Icon. Priya has published widely, curated the India Pavilion at London Design Biennale 2018, and extensively campaigned to decolonise culture. A Cambridge University and Royal College of Art graduate with Distinction, she previously worked on the acquisition of new objects at the Victoria and Albert Museum and as Head of Arts Programmes for India at the British Council.

We are thrilled to announce Daniel Libeskind will be signing copies of his new publication, The Edge of Order, following the talk. The book will be available to purchase at a discounted rate from the RIBA Bookshop on the evening. There will be a limited number of books available - we kindly recommend purchasing the book before the talk begins to avoid disappointment.