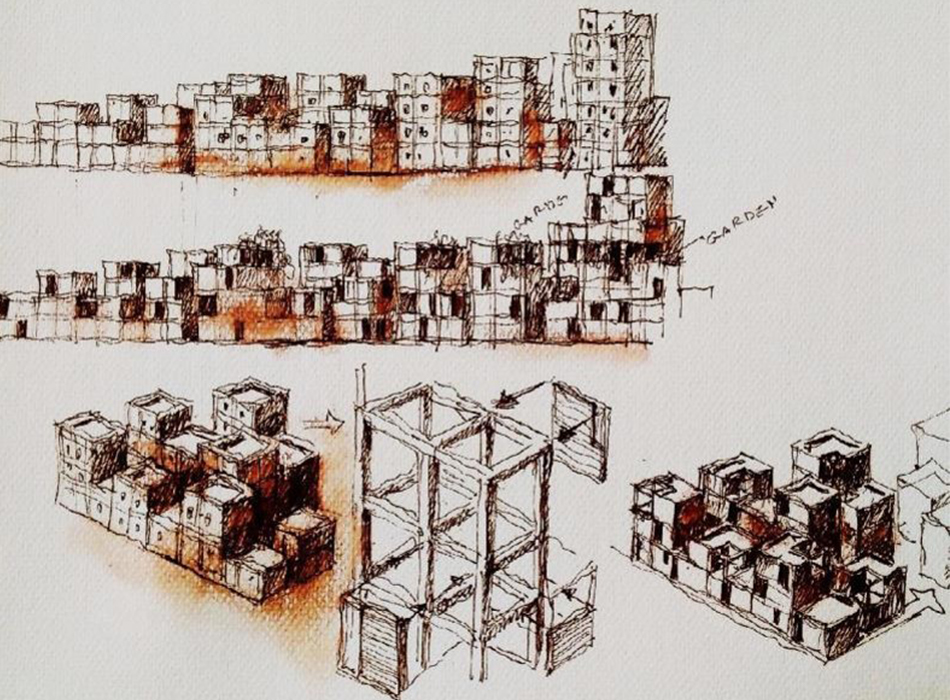 Livestreamed from Amman, Jordan, join us in conversation with Dr Rasem Badran, RIBA as he addresses principles of urban planning and his strategic integrated approach to urban development through certain case studies of his work in the Middle East and GCC region. Dr Badran will also discuss how his methodological approach defines architecture as a continuous dialogue between contemporary needs and historical inherited cultural values.

Dr Rasem Badran has recently been appointed as a RIBA International Chartered Member through the MEAP process.

Under the present priorities of city making, the contemporary city is heavily biased towards continuity, connection and communication. Architectural projects should create a more unified urban fabric and dialogue between the built environment. Humanised urbanism defines the required paradigm shift in the way cities are conceived and developed with the intention of creating better places for humans to inhabit.

When creating a clustered organisation of masses, intertwined with spatial voids, Badran focuses on the act of place-forming through these spatial voids; designing spaces that create sequential experiences for the user. Users create a set of memories through their interaction and engagement with the outer surface of a city. It is critical to understand the stories of the users that make a place into a social memory. Humanising a city and embedding it with idiosyncrasies allows us to bond with the urbanity of a city. Not only are such spaces key in generating human connections within the cities’ fabric, but also in creating a positive psychological effect by bringing together different social classes, and establishing relationships between members of different communities. Having an open space to experience, certainly prompts a sense of community and belonging to one’s own proximate as well as the larger built environment.

Dr Rasem Badran RIBA is Founding Partner and Principal Architect at Dar Al-Omran. His methodological approach to design defines architecture as a continuous dialogue between contemporary needs and historical inherited cultural values. Badran’s achievements and contributions are recognised regionally and internationally. He’s considered one of the top fifty influential personalities in the architecture field across the Middle East, Levant and GCC regions.

Upon graduating from architecture school in Germany, and briefly practising there, Badran returned to Jordan in 1973. He became the founding partner of Dar Al-Omran in 1981. In 1995, he received Aga Khan Award for Architecture for his work on the Grand Mosque and Justice Palace of Riyadh and Redevelopment of Riyadh’s Old City Centre. In 2016, Badran received Abdullatif Al Fozan Award for Lifetime Achievement in Mosque Architecture. In 2019, he received The Nile Award for the Most Creative Arab Personality. Badran also received Tamayouz Lifetime Achievement Award for his significant contributions towards humanity and the advancement of architecture and the built environment.